A fast solo workout on Monday morning seems to have put Hong Kong’s top sprinter back on track for Sunday’s feature. 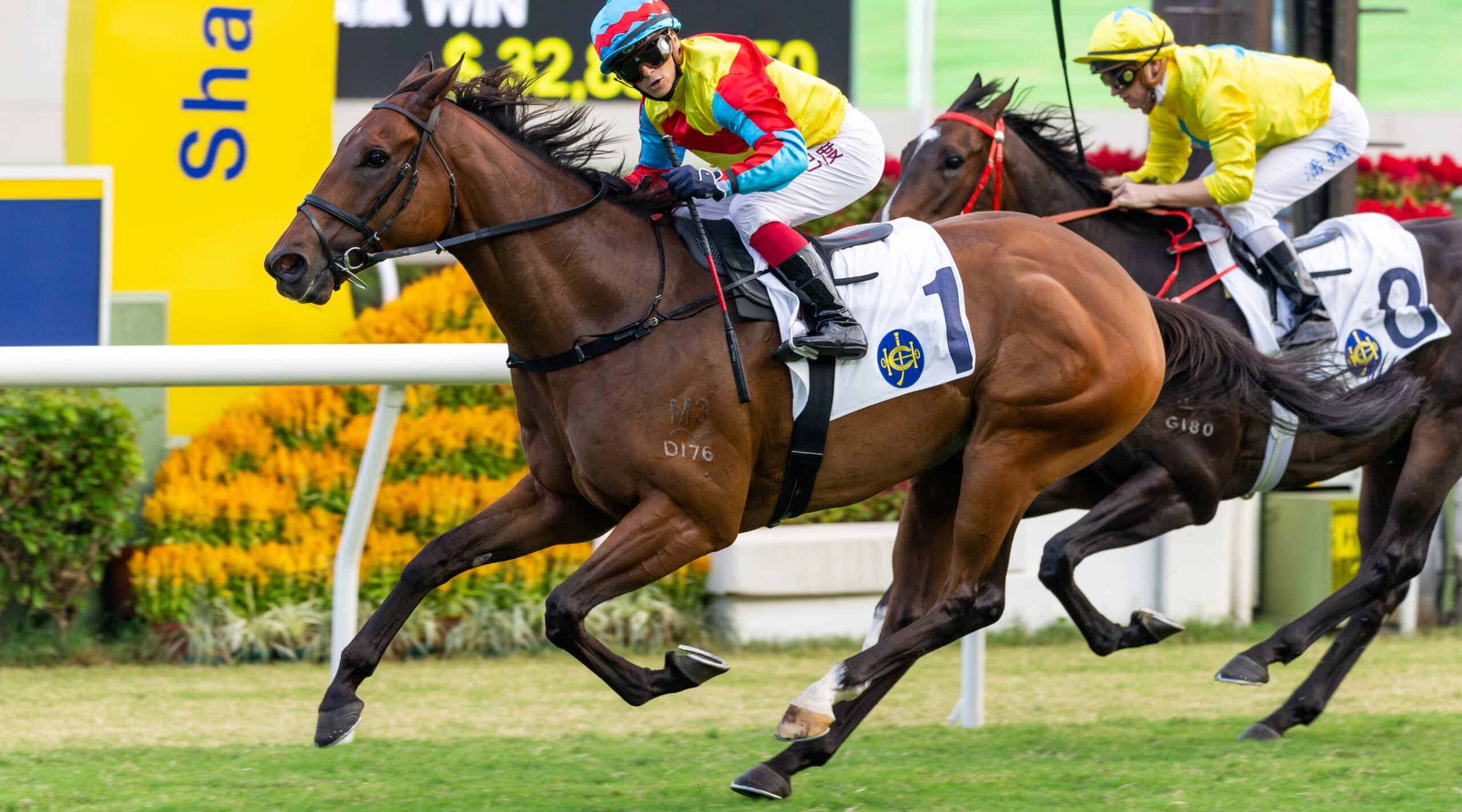 Wellington has galloped, the G1 Hong Kong Sprint is five days hence, and Richard Gibson has his game head on: the trainer’s clipped, succinct answers to delving questions, present a confident front.

“He galloped yesterday and all was good. We’re happy with him,” Gibson told Asian Racing Report.

Much has changed in a little over two weeks: Wellington was already Hong Kong’s top-rated sprinter, a triple Group 1 winner, but defeat in his lead-up race – sixth in the G2 Jockey Club Sprint – left a doubt hanging over his December participation and a cloud over the circuit’s diminished sprint division. A sacroiliac issue, a region connected to the pelvic bone, was the problem but Gibson believes that is behind him.

“We’re very lucky, we have a good team of professionals and terrific chiropractors here. He came out of the race sore and we’ve given him some treatment,” the Englishman said. “The chiropractor did some work on him and I’ve got no worries about him.”

A look at Wellington’s Monday morning gallop reveals why concern has given way to confidence.

“He went out of the gates; straight down the back,” Gibson said, with a slight wave of his hand in the general direction of Sha Tin’s back straight and the Shing Mun River beyond. “He went on his own. He always goes on his own. He goes too fast if he goes with another one.”

Wellington was timed at 48.6 seconds for 800 metres, quickening through the final 400 metres in 23.3 seconds. That ranks as the second-quickest gallop of the gelding’s life, slower only than the 46.8 seconds he clocked under Zac Purton, galloping down the back on July 1, 2021, when his closing 400-metre split was 23.2 seconds.

“Fortunately, he’s a sprinter. We weren’t intending to trial him and we haven’t missed any work on him,” Gibson added.

The trainer’s belief in his charge is boosted by the prevalent notion around Sha Tin this week that the Japanese sprint raiders – Naran Huleg, Gendarme, Resistencia and Meikei Yell – are ‘second-rate’ among Group 1 sprinters.

But, in reality, similar could be said of the current batch of Hong Kong sprinters when put in the context of first-raters of times past. Wellington might be up to par but there is little depth behind him.

Nonetheless, the locals expect Wellington, and his Jockey Club Sprint conqueror, the emerging Lucky Sweynesse, to be a cut above the Japanese. Recent clashes between the two nation’s sprinters suggest, however, that Japan’s cohort should not be overlooked. It is only two years since Danon Smash, deemed ‘second-rate’ and a 22.0 chance, won the race, while last year Resistencia, overlooked at odds of 14.0, was a solid second in a race marred by a fatal pile-up.

Meikei Yell working without her draw reins. (Photo by HKJC)

So far this week, Resistencia – the mount of Joao Moreira – has looked to have settled in gradually after reports she did not eat well upon arrival. The mare looked more relaxed at the canter on Tuesday morning.

The same could not be said of Naran Huleg. The G1 Takamatsunomiya Kinen winner appeared to be edgy during his first time at Sha Tin trackwork; after cantering a lap of the dirt track on Tuesday, the six-year-old was a little skittish on the walk back up the course.

Gendarme was low-key in cantering a lap that same morning but moved easily, while the notoriously quirky Meikei Yell has looked calm in her work each day so far and was relaxed when cantering without her usual draw reins.

Wellington will likely have a rival for favouritism in Lucky Sweynesse come race time, but the Japanese will be shooting for another upset.

Fownes has a rare Japan ambition for Senor Toba