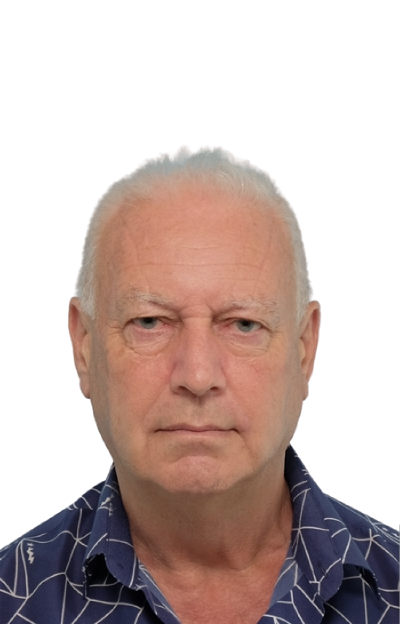 Keiba Diary: Classic clues and Stars on the comeback

JRA broadcaster Adrian Webber gives his lowdown on the recent news and action out of Japan and what to look forward to in the coming week. Standout filly Stars On Earth is chasing a Triple Tiara sweep. (Photo by @Gozen_1126 via Twitter)

This year’s G1 Shuka Sho has taken on even greater significance with the news this past week that Stars On Earth is on the comeback trail to attempt a Triple Tiara sweep in the final leg of the fillies-only features at Hanshin on October 16.

Should the daughter of Duramente add that Group 1 to her wins this year in the G1 Oka Sho and G1 Yushun Himba, she would be the seventh filly this century to pull off the feat. But that welcome bulletin about the dual classic winner being back in her stable was tempered by the news that last year’s top juvenile filly, Circle Of Life, has been ruled out of not only the Shuka Sho but also the next nine months, at least, due to tendonitis.

That all meant that last weekend’s big Shuka Sho trial at Chukyo, the G2 Rose Stakes, was an opportunity for the striking filly Art House to lay down a marker. The daughter of Screen Hero had not raced since she was sent off second favourite for the Oaks (Yushun Himba) but could only manage seventh that day.

For Sunday’s reappearance, though, she looked a different horse and she is clearly maturing into her strong, chestnut frame, just as jockey Yuga Kawada had hinted before the race. After racing fourth or fifth, she stalked the leader off the final turn and displayed a good deal of power to quicken to the lead and post a half-length victory. The way she won suggested we can expect improvement again into the Shuka Sho, a race in which her dam Pearl Code finished second back in 2016.

“She didn’t run so well in the Oaks, so it was a good return to form today,” Kawada said afterwards. “She got a good position and ran with a good rhythm, and was able to finish off well. Her balance was much better today.”

The first three home in the Rose Stakes are entitled to run in the Shuka Sho and another ‘improver’ who earned her berth is Silk Racing’s Saliera. The filly is a daughter of the great Deep Impact and the German Oaks winner Salomina, making her a three-parts sister to the Group 1 winner Salios. She had two wins from as many career starts before the weekend and was closing strongly at the end to take second under Christophe Lemaire.

A show of Force

There was more action from the classic crop in Monday’s key race at Nakayama, the G2 St. Lite Kinen, a noted trial for the G1 Kikuka Sho, the Japanese St Leger.

The 2200-metre contest pitted the Derby third Ask Victor More against a couple of rising stars, namely Gaia Force and Rousham Park. Gaia Force just got the better of Ask Victor More by a head, and the colt by Kitasan Black just keeps on improving. Winning jockey Kohei Matsuyama had nothing but praise for the horse.

“I was looking forward to taking on these opponents,” he said. “He got a good position and I was able to track the favourite. His response at the end was very good and I think he’ll improve more.”

Matsuyama had already ridden newcomer Hearts Concerto to an eight-length victory the day before over 2000 metres at Chukyo, making it a good weekend for him too.

For the High Jump

The weekend racing stretched to three days despite the presence of Typhoon Nanmadol, which wreaked destruction in parts of Japan and soaked the tracks on the final day but did not halt the action. With the storm’s full impact looming, Saturday saw one of Japan’s ten Graded Jumps races, the J-G3 Hanshin Jump Stakes.

The Chukyo feature is a lead-in to the G2 Tokyo High Jump on October 16, an important jump race on the JRA calendar, and that is where Hokko Mevius will head after his victory in the 3300-metre race. The six-year-old gelding, a strong favourite, led all the way under his confident jockey Yu Kuroiwa.

“He felt good in the preliminaries and I didn’t think there would be a faster horse in the race,” said Kuroiwa.

Of Strikes and Baseball

It was an interesting weekend for jockey Kazuo Yokoyama, who got caught up in the airport workers’ strike in Paris and had to give up his six rides at Nakayama on Sunday. He probably wasn’t too put out as his first ride back on Monday (Power Broking in Race 7 at Nakayama) brought up his 300th career win in JRA races.

“I’ve been lucky to ride good horses, and so it’s helped me reach 300 wins, something I haven’t really thought about until now it’s actually happened,” the jockey said after reaching the milestone.

Another jockey hitting the headlines with his number of wins was Yuga Kawada, after notching his 1,800th JRA victory the same day.

Christophe Lemaire has his usual busy week ahead, except that on Thursday he will be at Kyocera Dome in Osaka for the baseball, throwing the first pitch in the Orix Buffaloes game, before getting a tighter grip on the horses for next weekend.

Lemaire looks to have a big ride coming up on the unbeaten three-year-old Parallel Vision in Sunday’s G2 Kobe Shimbun Hai at Chukyo over 2200 metres, which follows on from the St. Lite Kinen as another important trial race for the Japanese St. Leger.

The Kizuna colt made a belated career debut in April due to a fracture he suffered as a juvenile but has looked good in winning his two starts so far and put daylight on his rivals in a 2000-metre contest at Tokyo in June.

Meanwhile, trainer Manabu Ikezoe is getting Pradaria ready for the same race, and recently commented on the horse’s preparations.

“Last week, in work, he was leaning a little but his breathing has been the main thing to concentrate on,” he said. The Deep Impact colt was last seen finishing fifth in the Derby.

And, last but not least, Daring Tact, winner of the Triple Tiara in 2020, will return from her summer break in the G2 All Comers at Nakayama on Sunday.

The classic winner has raced only twice since returning from a long injury lay-off and was last seen running a promising third behind Japan’s chief G1 Prix de l’Arc de Triomphe challenger, Titleholder, in the G1 Takarazuka Kinen back in June.