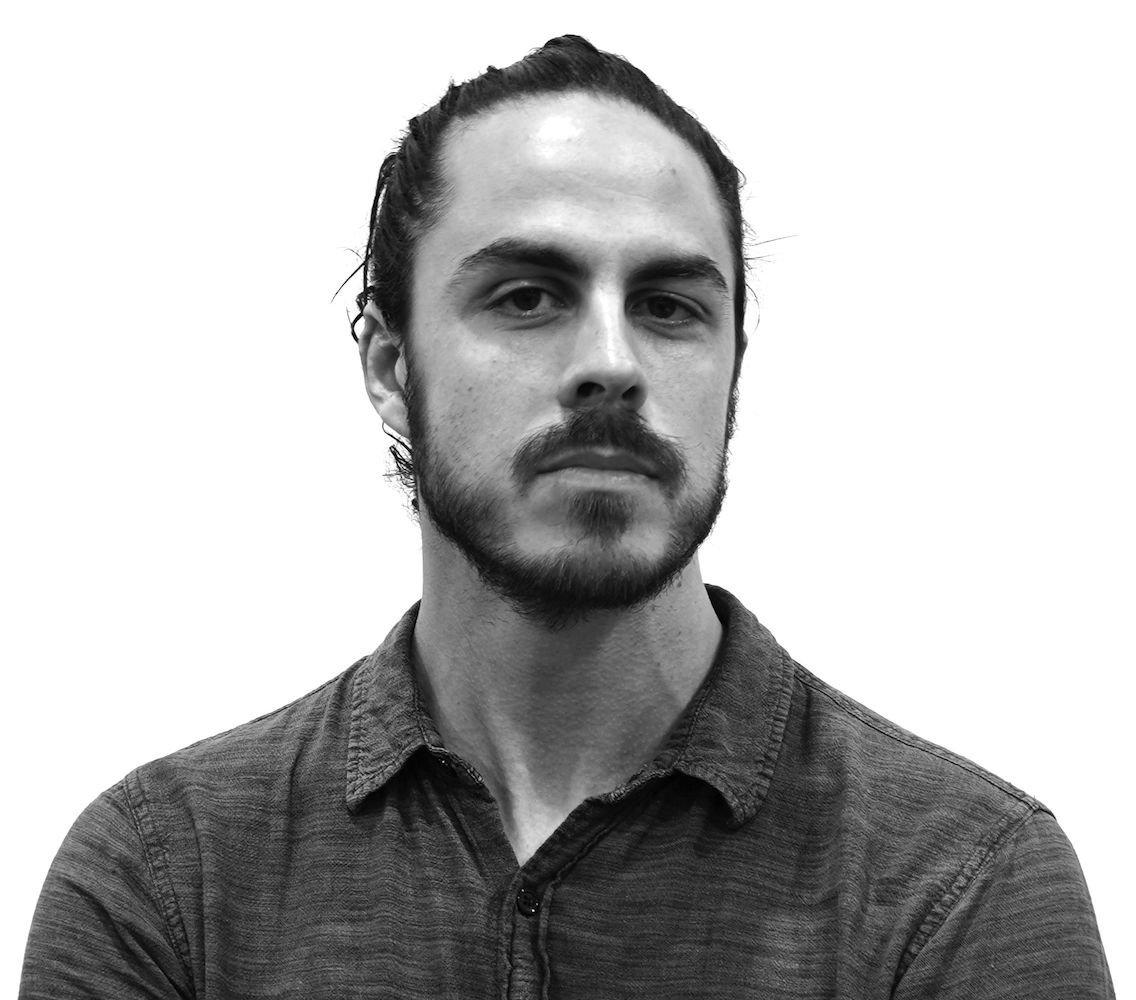 ‘A gentle giant’: Snowden and Gauci reflect on the biggest racehorse of them all, Holy Roller

What was it like preparing and riding Holy Roller, one of the most gigantic thoroughbreds in the history of racing? Peter Snowden and Darren Gauci shared their experiences with Asian Racing Report. Holy Roller levels up with Miss Tessla on his way to winning the G2 Waterford Crystal Mile. (Photo by Vince Caligiuri)

Quantifying just how powerful Holy Roller was is easy for trainer Peter Snowden, who recalls with wonder the casual disdain with which the gigantic 18.1-hand, approximately 800kg thoroughbred once treated a stable door.

“They are very heavy doors. He had a head collar on and he got his head over the door. He hooked the latch of the door on the clip of his head collar, and he lifted his head and lifted the door off its hinges, and he is just walking around the stall with this door hanging off his head collar.”

“I don’t know how the head collar didn’t break. We cut his collar and the door dropped to the ground. It took five of us to pick it up and put it back on its hinges, and he was walking around the box like it was a handbag.”

Holy Roller was 300kg larger than your average thoroughbred but his immense strength and power was mitigated by a shy, retiring nature.

“If he had any vices he would have been unmanageable because he was just far too strong, but he had a beautiful temperament. He was a gentle giant,” Snowden recalled.

The extraordinary sight of Holy Roller in the barriers. (Photo by Sandra Priestley/Newspix)

That Holy Roller had even found himself within the four walls of one of Australia’s pre-eminent training operations was itself something of a minor miracle, with the earliest assessments ranging from unsympathetic to just plain disparaging.

“He hasn’t got a hope,” was the opinion of one vet present at Holy Roller’s birth, with the huge foal taking an hour to be born, another hour to haul his huge, clumsy frame upright, and in turn another worryingly long time to take his mother’s milk.

The early reports on him from Woodlands also painted a grim picture: “Very big horse. Vacant look. Will not exert himself except under extreme pressure. Can only go as fast as a slow canter (being flogged). Gurgles. Not an athlete. Future is dismal.”

Things didn’t get much better from there, with banishment to a far-flung paddock implemented as a means of protecting Holy Roller’s physically outmatched contemporaries.

“When he was a weanling he couldn’t be with the other horses the same age, he was reared up in a brumby paddock behind Woodlands because there was just too much risk he would injure the other weanlings his same age,” said Snowden.

He was reared up in a brumby paddock behind Woodlands because there was just too much risk he would injure the other weanlings.

When the son of Sanction’s exile was over and he was eventually permitted into Jack and Bob Ingham’s cerise-clad herd, Snowden too was distinctly unimpressed by the impossibly big equine specimen that appeared to have no hope of ever even becoming a racehorse, let alone an elite one.

“First time I ever saw him I thought ‘waste of time’. He was slow. Anything he did was very pedestrian,” remembered Snowden.

“He couldn’t canter a full lap of the sand, he would have to slow to a trot halfway around, he was that lethargic, doughy and dopey and just huge, a massive horse.”

Despite his demonstrable lack of potential, Holy Roller eventually made it into pre-training, and was already dwarfing every other horse in the yard.

“You would never have seen a horse as big as him,” said Snowden. “We had people standing on buckets to wash him.

“When I looked at him, I was looking at his brand at eye level. It is normally at the same level as your belly button. When you would girth him up, your arm would be fully extended to tie the girth up, that is just massive.”

We had people standing on buckets to wash him.

Snowden effectively played the role of long-suffering school principal as he and his team struggled to keep his oversized student focused on the task at hand.

“It took about three preparations, bringing him in and putting him out before we started to get enough strength into him with physical work,” he said.

“During those first two preparations we nearly didn’t worry about it because we just couldn’t get him engaged, he kept breaking into a trot all the time. He just couldn’t engage from a canter to a gallop.”

It wasn’t until his third preparation that Holy Roller finally showed enough to justify a trip to the trials, an excursion that posed a whole new challenge, this time for the barrier attendants.

“In the gates, they needed to make barrier extensions for him because he just couldn’t physically fit in there,” he said.

While it took Snowden a long time to appreciate Holy Roller’s potential, not everyone had been so down on the big horse’s prospects from the outset. The gelding’s breaker had observed in writing that despite his outrageous size, Holy Roller was actually quite sure-footed: “This huge lump knows where he is putting his feet and has tremendous balance.”

Jockey Darren Gauci – who partnered Holy Roller in three of his 25 career starts – backed up that assessment.

“He was a beautiful, kind horse, but for a big horse he had a really good action. He was pretty athletic on his feet, a big beautiful long strider with good rhythm,” the champion jockey told Asian Racing Report.

“You’d think a big horse like him would be clumsy, but he wasn’t.”

Remarkably, given the collective assessment of him in his formative years, Holy Roller actually made it to the track as a two-year-old, beaten over eight lengths in a 1200m maiden at Canterbury at 100-1.

While many would believe a tight-turning track like Canterbury to be a huge negative for a horse the size of Holy Roller, Gauci offered a different perspective, having piloted the behemoth to his most significant career win in the G2 Waterford Crystal Mile at tightly-cambered Moonee Valley.

“A lot of big horses do handle the Valley. Some don’t of course, but bigger horses, they seem to respect the turns more,” he said.

“Because of the tight nature of the track, they will change stride, they will lean on the turns a bit to make sure they get around.”

Holy Roller eventually broke through for a win at start number four, enjoying the step up to the mile for the first time in May 1995 at Kembla Grange.

And with one win on the board, the big boy proceeded to reel off four more straight when returning as a three-year-old in January 1996.

The last picket in that winning streak was for Gauci at Newcastle, with the galloper once thought to be little more than a circus act dominating his rivals with a 2.5-length victory, again over a mile, and as a commanding 7-4 favourite. The star jockey remembers being presented with an embarrassing conundrum when it came time to mount up.

“The first time I saw the horse it was at Newcastle, and I remember walking around the mounting yard and thinking ‘wow, he’s a big horse’.

“I went to jump on him and I actually couldn’t reach his mane to get on him, that’s how tall he was. I ended up hanging onto my saddle instead before I got legged on, so that’s how big he was.”

As he kept growing and developing, returning from each break seemingly bigger than before, Holy Roller too maintained his winning habit.

Another photo of Sue and Holy Roller pic.twitter.com/I00FnecYXk

A second to high-class galloper Catalan Opening in the 1997 G3 Ajax Stakes – Holy Roller’s first attempt at stakes company – gave the Hawkes yard the confidence to start aiming at some better races.

A swooping win in the Listed Bill Ritchie at Randwick and an utterly contemptuous cakewalk in that Crystal Mile would prove his career highlights, with Holy Roller’s immense size meaning that suspensory problems were never far away.

“When I was walking around the Valley on him I thought I was going to get a nosebleed, you genuinely felt like you were that high up off the ground on him. He’s by far the biggest horse I ever rode,” Gauci said.

“I came from last and I just circled the field, being such a big horse you probably don’t want to be looking for runs on him.

“I remember that day I could feel him accelerate, he just did it with such ease, he picked them up really quickly. He would just drop one big stride and it felt like the other horses were taking two strides.”

Holy Roller eventually contested two Group 1 races but was unable to snare a win, with an unlucky 11th in Iron Horse’s Epsom Handicap perhaps proving his best shot at a major. For a horse who needed galloping room to show his best, it was an imperfect passage (no prizes for being able to pick out the big fellow in this field):

Injuries ultimately caught up with Holy Roller and he was retired in 1999 to the Picton property of veterinarian Dr Rod Hoare, who had offered the widely popular galloper a home after racing.

There the giant’s gentle nature again came to the fore, acting as a highly tolerant ‘uncle’ to foals and weanlings in between successful forays into his secondary career in dressage and eventing.